A COMPLETE HISTORY OF THE PARKA

The classic winter parka has a special place in Alpha Industries history. Though probably most well-known for producing the MA-1 bomber, Alpha Industries’ first jacket for the U.S. military was in fact the N-3B parka, produced early in the company’s history in 1959. It’s remained wildly popular throughout the years since then as a go-to winter jacket for both men and women, especially when made with high standards and quality materials.

Not much has changed from the original N-3B parka design, owing to its unisex style, versatility, and functionality. Let’s take a look at how this design came to be, and why it has endured for decades. 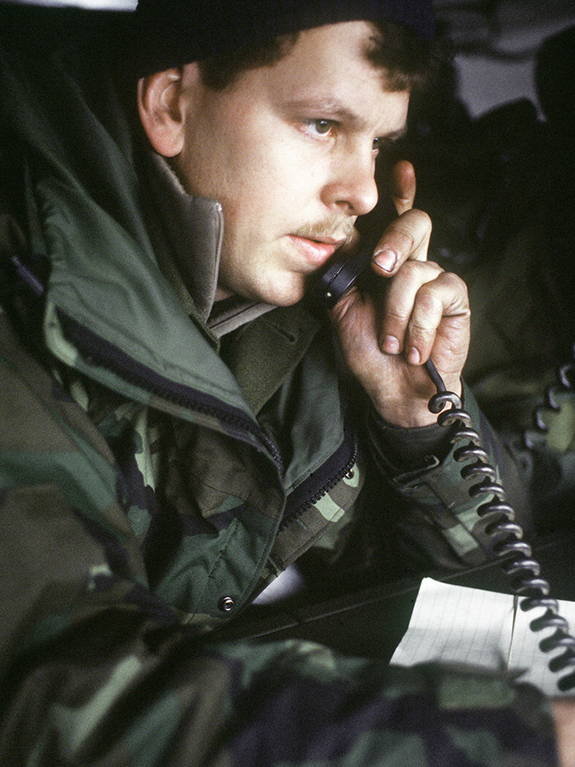 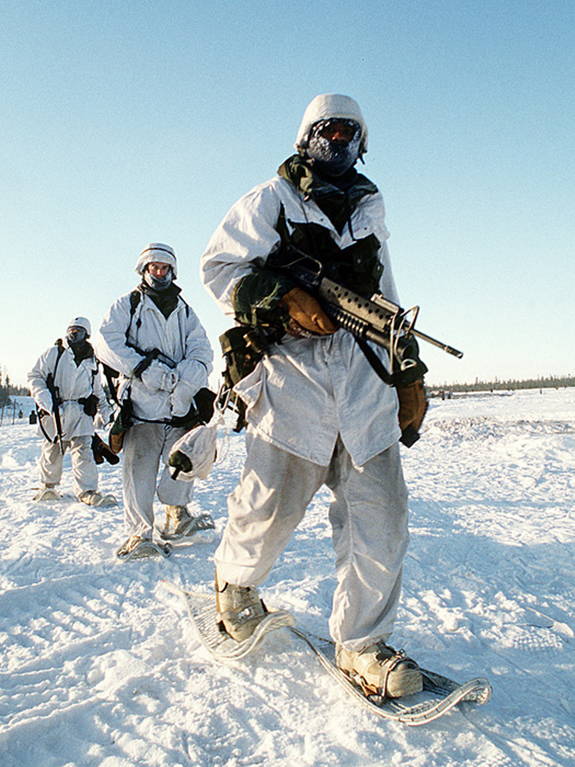 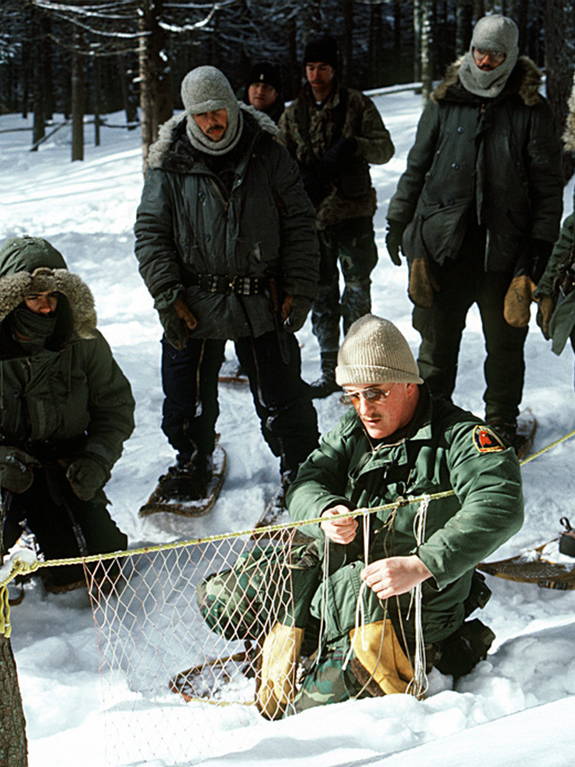 FROM THE ARCTIC TO THE MILITARY

Though the word "parka" comes from the Nenets languages of northern Russia (translation: “animal skin”), the parka-style jackets actually originated with the Inuit peoples of northern Canada. The traditional Inuit winter coat, called the amauti, was a hooded pullover jacket made with the skins and furs of Arctic animals such as polar bears, wolves, seals, or caribou; every aspect of the jacket was constructed to protect against sub-zero temperatures and sometimes treated to be water resistant. The amauti also included an extra pouch under the hood to carry babies and keep them warm; thus, the amauti was more traditionally worn by Inuit women..

The necessity of an Arctic coat in the coldest regions of the world inspired the parka’s entry into the twentieth century. During World War II, the U.S. Army developed the N-3 parka to be worn by soldiers in freezing temperatures. This parka design was mid-thigh length and typically constructed with a nylon outer shell and lining; the fit was loose in order to accommodate soldiers’ uniforms underneath.

It included a fur-trimmed hood that was lined with mouton for extra insulation. Another variation during this time was the B-9 down parka, made with a nylon/cotton blend outer shell and distributed to pilots in the U.S. Army Air Force (USAAF).

THE NECESSITY OF AN ARCTIC COAT IN THE COLDEST REGIONS OF THE WORLD INSPIRED THE PARKA'S ENTRY INTO THE TWENTIETH CENTURY. 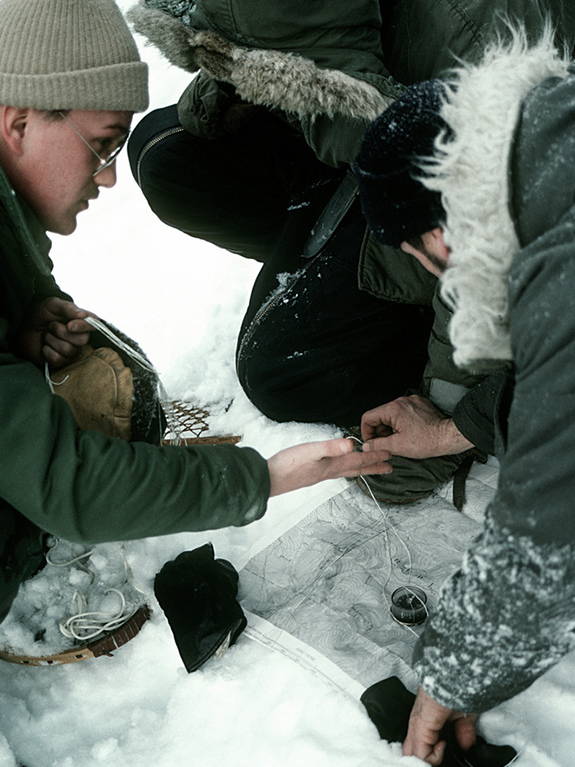 Around 1950, a few years after the USAAF became the U.S. Air Force, the N-3A was developed for flight crews stationed in cold regions; in the next few years, this was updated to the N-3B model that we know today. The ‘50s design included a silk nylon outer shell, later replaced with a nylon and cotton blend, and a heavy wool blanket padding, later replaced with lighter-weight synthetic materials.

The fur-lined hood could be zipped nearly all the way up to leave a small opening for looking out, which is what led to the nickname “snorkel parka”. The N-3B parka was supplied to the Department of Defense (DOD) by a number of manufacturers, one of them being Alpha Industries. In 1959, two months after its founding in Knoxville, Tennessee, Alpha Industries began producing the N-3B parka for the Air Force and shipboard shirts for the U.S. Navy. 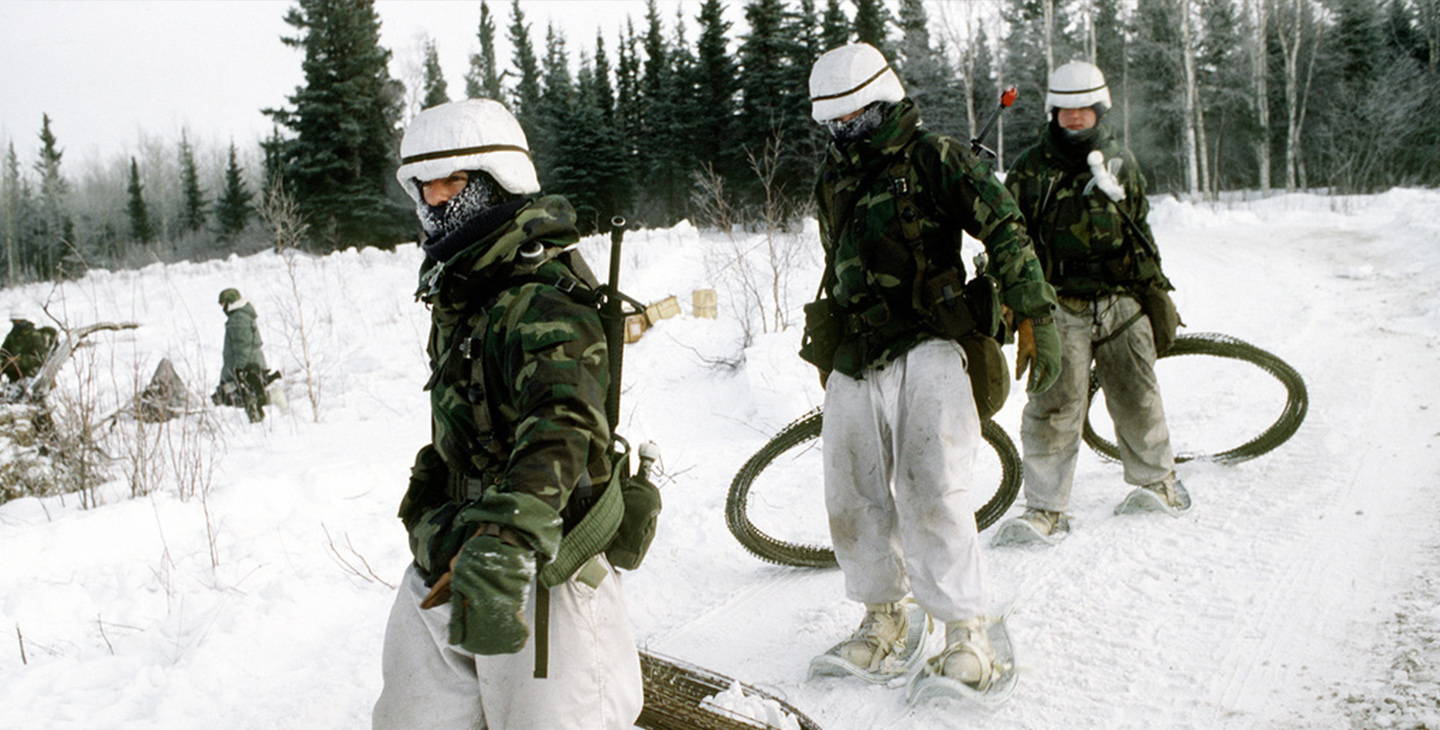 BRANCHING OUT THE PARKA STYLEThe 1950s in particular was a time for more innovative outerwear as U.S. military presence expanded to colder and more challenging climates. The Korean war brought on the necessity for a parka that could withstand the frigid Korean winters, which were known to be harsh and unforgiving. Thus emerged the M-51, a variation of the parka specially designed for freezing temperatures while maximizing physical mobility. The U.S. Army M-51 parka featured a button-in liner and a waterproof outer shell with a split lower hem that soldiers could tie around each leg, trapping heat while allowing for freedom of movement; it was this iconic feature that led to the jacket’s popular name, the “fishtail parka”. This version was later updated to the M-65 model, which featured a detachable hood.

Popularly worn as an outer shell without the detachable liner, it soon became a streetwear staple via military surplus stores throughout the 1960s. The fishtail parka was an iconic symbol of British mod culture and the working class, who could be seen effortlessly sporting the parka while riding motorized scooters through city streets. It was also in the ‘50s that another variation of the parka was created: the N-2B. Made for the USAF air and ground crews, this version had a shorter hem than the N-3B and featured a split hood, which could be unzipped to lie flat when it wasn’t in use. In 1963, Alpha Industries began producing the N-2B parka for the Department of Defense and has been producing it for the commercial market since the ‘80s. 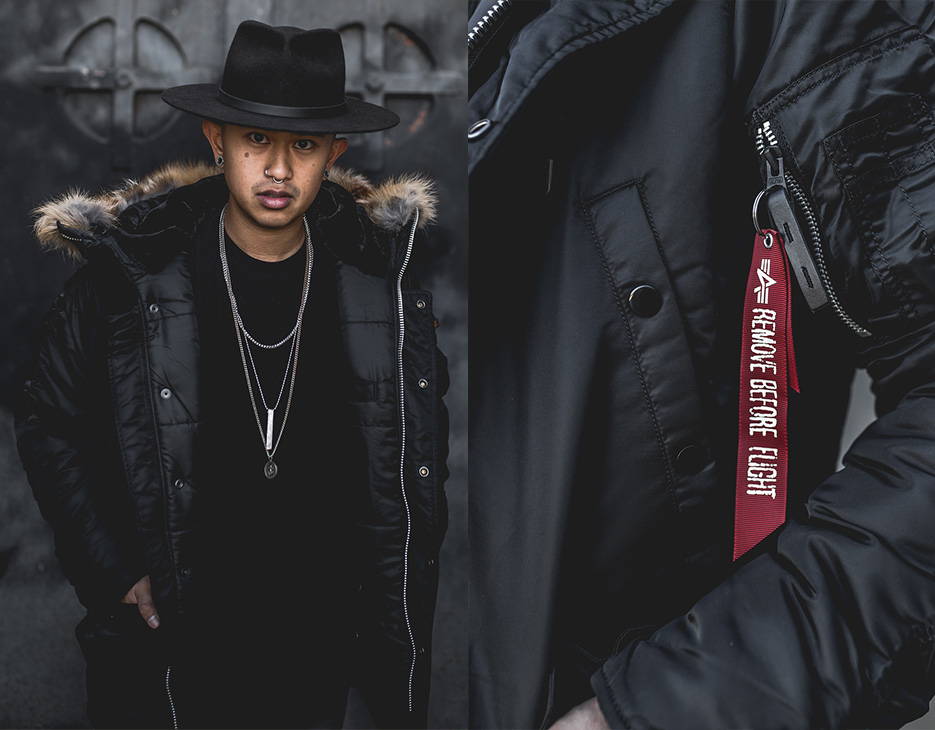 All three parka types — the N-3B, the fishtail, and the N-2B — are still highly popular today, re-emerging every year whenever the temperatures drop. While the fishtail parka is a quality choice for transitional weather, such as rainy days in the spring or fall, the N-3B and the N-2B remain the best options for the winter season. The N-3B parka’s extremely functional design, descended from its Inuit origins and modernized by military use, has hardly changed over the years. Falling at ¾ length, the Alpha Industries N-3B parka for men and women features a water resistant nylon outer shell and an adjustable, synthetic fur-lined hood. True to the original military specs, the hood zips up to leave a “snorkel” opening for visibility. The storm flap and hood zipper help to trap heat and ensure the utmost protection in extreme weather conditions.

The Alpha Industries N-2B short waist parka, available for men and women, also comes with most of the original military specs intact. Alpha’s N-2B includes pass-through front pockets that were once designed to allow pilots to reach their pants pockets without exposing their hands to the cold. It also features the classic zip-down split hood lined with synthetic fur and a high quality, water resistant shell, making the short parka another excellent choice for freezing temperatures. For those rough winter days and outdoor activities, a quality parka in any of the classic styles is a must-have.